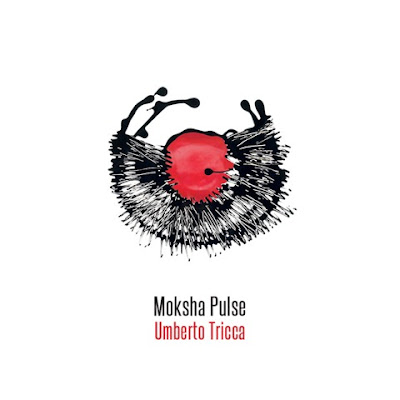 East meets West again. The first wailings of the encounter between jazz and Indian classical music were in 1963, the year Impulse! issued “Impressions”, a record by John Coltrane featuring Eric Dolphy with the beautiful piece “India”, in which drums and bass were imitating tabla and tempoura while the saxophonist was pushing at the boundaries his concept of modality.

Then, it was the time for Mr Anthony Braxton and his 'pulse tracks' to realize a music that was compelled in blurring the boundaries between African American music and Indian music avoiding every possible 'fusion' as it happened in the 1970s, giving life to a structure that remains between the most innovative and aesthetically accomplished.

The reason why Indian music was so interesting for innovative improvisers was well explained in a chapter of Derek Bailey's “Improvisation: Its Nature and Practice in Music” (Da Capo Press, 1993): in facts, Indian classical music features a huge amount of improvisation. Ravi Shankar is an improviser as much as a composer, and this is the same tradition of people as Coltrane and Braxton.

Now, is the time for the young Italian guitarist Umberto Tricca to provide the world of improvised music with a new melting of jazz and Indian music. Tricca studied guitar at CEMM in Milano, then at the Berklee School of Boston. Then, he followed the lessons of arrangement with bassist Giovanni Tommaso and other courses, such as modern harmony and jazz harmony.

Umberto Tricca collaborated with musicians coming from Florence (Italy) such as Giancarlo Boselli and Masabo Trio, deepening his own studies on harmony and rhythmic conduction of musicians as Dave Holland and Steve Coleman. While experimenting with italian music revised in jazz, bossa nova and samba and contemporary jazz repertoire, he starts studying Indian music with tabla player Francesco Gherardi.

The tracks of the album show the love Umberto Tricca has for Indian music, the counterpoints of Afro Cuban rhumbas, and contemporary music – you will hear in 'Prelude' an influence by some Iannis Xenakis compositions. The name of the project comes from the Sanskrit word 'Moksha', that means 'emancipation' underlying the choice of leaving every predetermined structure, developing the possible interactions between those traditions and musical languages.