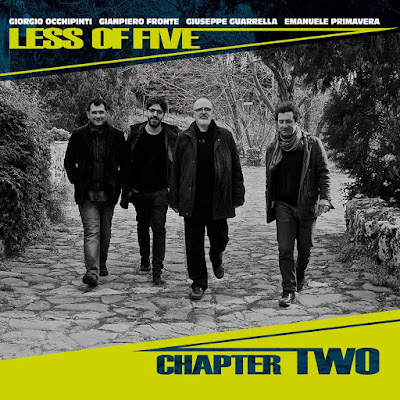 Do you remember that era during the 1960s when Blue Note Records was putting on the market albums of musicians such as Sam Rivers and Bobby Hutcherson? It was a 'third wave' between classical jazz and free improvisation. Now, thanks to Caligola Record, we can breath not the same music, but the same temperatures.

Pianist Giorgio Occhipinti, born in 1969, boasts collaborations with the likes of Evan Parker, Joelle Léandre, Ernst Reijseger, Paul Rutherford, Barre Phillips, and Peter Brotzmann. He started playing piano and flute with his father's band. Occhipinti was part of one of the hystorical groups of Sicilian jazz, the December Thirty Jazz Trio (1989) and since 1992 he collaborated with the Pino Minafra Sud Ensemble.

In 1993 Occhipinti created the Festival Ibleo del Jazz becoming its artistic director. In the same year he foundet a nonet (Giorgio Occhipinti Hereo Nonetto) that took many forms in the following years: octet, orchestra, and so on. In 2000 he took part in the Banlieue Bleues Quartet with Pino Minafra, Sandro Satta and Vincenzo Mazzone.

The musician that seems to me more similar to Giorgio Occhipinti is Matthew Shipp. Not for his open, ascendent chords (Occhipinti is less mysthic an more gentle), but because of a quality in improvisation and interplay. Luckily enough his new record, 'Chapter Two' by the group Less of Five (featuring Gianpiero Fronte on alto and soprano saxophone, Giuseppe Guarrella on double bass, and Emmanuele Primavera on drums) provides us with two long compositions, 'Orange's Smell' and 'Breathing New York's air' that are more than ten minutes long, leaving us with a flavour that is connected to free improvisation, even if the music is softer.


The other six pieces, from 3 to 6 minutes long, are miniatures of melody and improvisation. The effect in listening to this record is that of a music that doesn't want to be caged in a precise definition, a music that loves to take you by the hand and wonder into new landscapes, even if quite often the flavour of blues is strong, as in the track 'Expression' . Highly recommended to all the lovers of free improvisation, but not only.

Posted by Gian Paolo Galasi at 5:00 PM No comments: 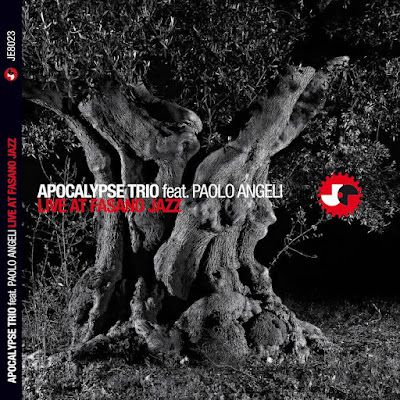 I've always been a fan of Richard Teitelbaum and of his records with the likes of Anthony Braxton. That mood, that feeling, jazz with a nocturne feeling, jazz widened through its extremes, jazz and electronics. I'm also a fan of a record, issued few years ago, featuring Evan Parker and Grutronics. So, I was happy to see Paolo Angeli, one of my Italian heroes, playing with an electro-acoustic trio as in the album “Live at Fasano Jazz”.

The Apocalypse Trio features Vincenzo Deluci (trumpet), Camillo Pace (double bass) and Giuseppe Mariani (electronics). Vincenzo Deluci (b. in Fasano) started studying trumpet as a child, and took his degree in 1992. Finalist in different contests, he won the International Contest 'Astor Piazzolla' in Castel Fidardo as Best Musician. He is author of the Lp “La Rana Dalla Bocca Larga” who sold 1000 copies in only 15 days.

After a car accident, who put him on a weelchair, he came back to the music with the live show “VianDante”. Camillo Pace (b. in Taranto) graduated as a bassist at Monopoli's 'Nino Rota' Conservatory and then he took a degree in jazz music disciplines, specializing in history and musicology. He conducted studies as ethnomusicologist in Kenya and South Africa.

Giuseppe Mariani, born in Noci, studied trumpet as a child and graduated in 1999 at the 'Nino Rota' Conservatory in Monopoli. Between 2001 and 2002 he lived in London where he worked with saxophonist A. Wilkinson, drummer S. Ritchie and bassist Bellatalla. Since 2002 he took interest in other musical forms, and the relationships between improvised and electronic music.

Special guest on the record is Paolo Angeli, an extraordinary musician who plays a self-built instrument. Born in 1970, he started to play guitar at 9. He traveled up to Bologna, where he started playing with different ensembles and musician, one of whom is the great Fred Frith. His instrument, a sardinian prepared guitar, is the result of Paolo Angeli's interest in both avant-garde music and folk music.

This record start with 'Apocalypse', an original composition of the trio that sees trumpet and guitar having a conversation surrounded by electronic sounds popping by. Then is the turn of another composition, 'Impro', who is very reminiscent of glitch music, followed by 'A Child is Born' (Jones/Wilder) lunar and crepuscular. Composer Ennio Morricone has his hommage paid by the 'Morricone Suite', featuring the themes from “Nuovo Cinema Paradiso” and “Once Upon a Time in America”.

And then is the turn of 'Nature Boy' by Nat King Cole, where one can enjoy the richness of the textures provided by Paolo Angeli; the record finish with 'Procession', an original composition by Deluci where improvised music takes the foreground over electronics, dominated by the trumpet and the doodles of the cello/guitar.

I'm enthousiast to hear such young musicians expressing passion and knowledge, and the record will become for sure one of the best albums of the year 2017. Listen and enjoy this record, and then my advice is to recover the other records I mentioned at the beginning of this post, to have a wider landscape about the history of the encounters between jazz and electroacoustic music.

Last week pianist Misha Mengelberg has died, aged 81. Mengelberg was born in Kiev, Ukraine, in 1935. The son of the Dutch conductor Karel Mengelberg, his family moved back to the Netherlands in the late 1930s and the young Mengelberg began learning the piano at age five. He studied architecture briefly before entering the Royal Conservatory in The Hague. There, he won the first prize of a jazz festival in Loosdrecht and became associated with the Fluxus movement.

His influences count the likes of Thelonious Monk, Duke Ellington and John Cage. Mengelberg was one of the very first perpetrators of the revolution of the free jazz/avant garde jazz of the 1960s but from an European perspective. His first appearance on a record is on Eric Dolphy's final recording, Last Date (1964). On that record appears also drummer Han Bennink, marking the beginning of a long friendship and collaboration.

Mengelberg and Bennink founded later a quartet with saxophonist Piet Noordijk and many different bassists. The quartet played at the Newport Jazz Festival in 1966. In 1967 Mengelberg co-founded the Instant Composers Pool, an organization that, similarly to the AACM on the other side of the Ocean, promoted avant garde jazz performances and records, with Bennink and Willem Breuker.

Mengelberg played with a large variety of musicians: quite often he performed in duo with fellow Han Bennink; other collaborations included guitarist Derek Bailey, and saxophonists Evan Parker, Peter Brotzmann, and Anthony Braxton. He also wrote music for other performers (leaving some space for improvisation) and oversaw some music theatre productions. On the other hand, he made known to the public the works of pianist Herbie Nichols.


An interview with Misha Mengelberg by Dan Warburton

Posted by Gian Paolo Galasi at 6:03 PM No comments: