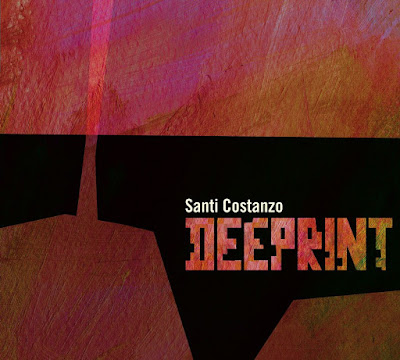 At the beginning in the 1950s there was bebop, with his harmonic complexities. Then, in the 1960s, you had free jazz, with his stress on the melodic aspects of music and glossolalia. Then again, in the 1970s, it was the time of the Chicago avant garde, with his attempt to revisite the structures of the music and its openness to contemporary music, and the European improvised music, with every musician involved in creating their own language detached completely from the blues. And finally, in the 1980s and 1990s, it was the time of the post-modern avant garde, with the likes of John Zorn, Ikue Mori, Zeena Parkins, in which languages were colliding to create games with codes.

What happened in the 2000s? In part you have young musicians as Mary Halvorsom, who works on creating a language of its own collaborating with masters as Anthony Braxton, pushing the evolution on the next level, on the other hand you have a myriads of others young musicians who are not part of a movement – not at least while developing their own language – who are creating music taking here and there from the history of music itself; they have for sure mentors and masters, but they don't affect necessarily their development as musicians.

This younger generation explore the values of the music that came before them and then they pick some elements useful to create their own experimentations. But this time, there's no such a movement on their back. They're lonely. I called this music 'post avant garde', and the record Triplain by Paolo Sorge (reviewed here) is a good example of this music. On the other hand you have Sorge's scholar Santi Costanzo, who is clearly another representative member of this 'post avant garde' style.

His new record Deeprint (Improvvisatore Involontario, 2016) is a good example of this new tendency. As the guitarist-composer affirms, this record has three elements: seriality, extemporaneous composition, and free improvisation. Seriality is a reference to the classical contemporary music of the XX century, and it's related to melodic, polyphonic and polyrhithmic aspects of the music. Extemporaneous composition is present in the Prologue and Epilogue of the record, while free improvisation is sometimes guided through the use of conductions. 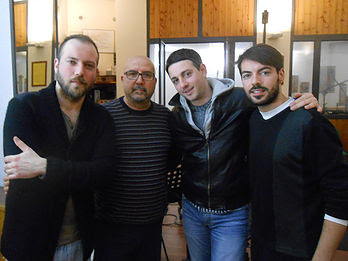 What is this music we're talking about here? It is still avant-garde? The press talked for a long time about 'post-rock' during the 2000s, and it was a music thatwas opening for sure the boundaries of rock music. But it is this 'post avant garde' music opening the boundaries of the avant-garde? For sure no. It is music you can enjoy through more listenings, finding new nuances every time, as it ever happens with complex music. But it is a music, at least as far as we listened to nowadays, that draw elements from the past.

It is nostalgic music for nostalgic times, and I want to state that this is not the fault of the single musicians, but it is fault of our times: every art is becoming more and more conservative, and this is what's happening also to music. But first become politics. They're influencing music, as far as I can hear. What we can do, so? First thing is try to know everything about the past of music – that's why Complete Communion is devoted to document the AACM, the free jazz movement and recently also contemporary music, with the biography of Iannis Xenakis you all read this week.

We need to deepen the past of avant garde music, we need to master it, we need to know more about it. This is an era in which musicians are left alone, they have difficulties in sharing their music, they have difficulties in creating it. There's no such a movement as they were in the past. This is an era of nostalgia: everybody is looking at the past, and is trying to travel across countries that were still covered. We need to widen our knowledge of the past, in order to help the music to find out new ways to express itself.

As far as this record, I invite you to listen carefully this quartet, since its combination of atonality, electric guitar, free movements of the horns and polyrhythms will not let you disappointed. But I invite you also to discover the music of the past, so come back to my Xenakis biography and start listening to new worlds. This is a strange era, and we need all our resources to put the barricades in their correct order again, to not let pass the Order of Homogenisation.

Santi Costanzo Official Website Here you can listen to some previews of the album
Posted by Gian Paolo Galasi at 6:16 PM