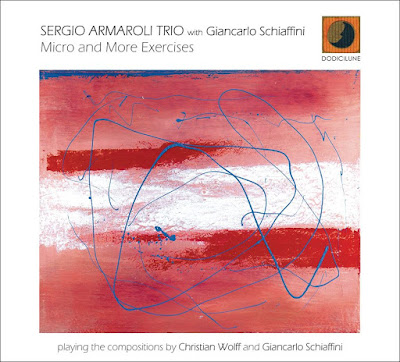 Christian Wolff (born in Nice, France, in 1934) is one preeminent figure in experimental classical music. His parents were Helen and Kurt Wolff, responsible for the publishing of works by Franz Kafka, Robert Musil and Walter Benjamin. In 1941 the family relocated in the U.S., where they founded Pantheon Books and issued the famous edition of the I Ching that impressed John Cage after Christian Wolff gave him a copy. Wolff became an American citizen in 1946, and at the age of 16 he had lessons in composition by John Cage. Wolff became an associate of Cage and his artistic circle, including Earle Brown, Morton Feldman, David Tudor and Merce Cunningham.

From the very beginning of his career, the music of Christian Wolff dealt with improvisation, offering freedom to the performers to some extent. The 'micro exercises', from the 1970s, “were for an open ensemble that would form a microcosmic society in which players worked together yet responded to one another heterophonously, all players attempting to play in unison with one another, yet inevitably spilling over other's attacks and releases. Although in some way these exercises mimicked the loose-weaved texture of Old South congregational singing (and the Ba-Benzélé music Wolff admired), they prompted Cage to say they sounded like 'classical music of an unknown civilization” [from Michael Hicks and Christian Asplund “Christian Wolff Inside an Original Modern Musical Mind”, University of Illinois Press, 2012].

It is not a surprise to find out jazz musicians interested in Christian Wolff's music. Nor it is a suprise to find Sergio Armaroli interested in Christian Wolff's music. Armaroli, born as a painter but soon interested in the world of percussions, studied under the direction of Joey Baron, Han Bennink and Trilok Gurtu. Along with his trio (Marcello Testa double bass, Nicola Stranieri drums, Sergio Armaroli vibraphone, marimba, glockenspiel, mbira, shakers, burma bells, gongs, percussions) there is another important composer/performer in this record reviewed here who worked with some of the most important avant garde composers of the past: trombonist Giancarlo Schiaffini.

This double cd set issued by label Dodicilune, “Micro and More Exercises”, is composed by a first cd with the music of Christian Wolff (the Micro Exercises), and a second cd featuring the music of Giancarlo Schiaffini (the More Exercises), who studied with Karlheinz Stockhausen, Gyorgy Ligeti and Vinko Globokar, and collaborated with John Cage, Karole Armitage, Luigi Nono and Giacinto Scelsi.


There's no such a hiatus between the first and the second cd, and that means that the quartet plays organically with a great care for the structure and the texture of the music - and that the music of Giancarlo Schiaffini is contemporary music in every way. Few pieces have a jazz flavour, like Microexercises 7, 10, 15, 17 and 22: that cinematic quality you can find in post no-wave music of John Lurie, and that are less interesting, for their deja vu effect, than the rest, an accomplished balance between written music and improvisation. Since you can find it useful, I want to give you advice of this other record of Christian Wolff music, “11 Micro Exercises” by guitarists Beat Keller and Reza Khota, issued in 2006 by Wandelweiser Records, and reviewed here.